What is Specialty Coffee and Kefir Coffee?.

This means coffee that earns the title “specialty” comes from no more than the top 10% of Arabica Coffee beans in existence; no Robusta.
For green (unroasted) coffee beans to qualify as “specialty” coffee they must meet certain qualifications. Here are 2 qualifications coffee must meet to be considered specialty grade. Green coffee – Before the coffee is roasted or brewed the coffee beans must be picked from the coffee tree, processed, and finally, graded. Specialty coffee is a term for the highest grade of coffee available, typically relating to the entire supply chain, using single origin or single estate coffee. The term was first used in 1974 by Erna Knutsen in an issue of Tea & Coffee Trade Journal. Coffee industry continues to expand in scope and complexity, and the common term used to unify a specific segment of the industry is both more nuanced and broader than it was when the term first came into popular usage. “Specialty” is defined in the dictionary as a distinctive mark or quality, a product that a company or place is well known for because it is extremely good, perfect example would be “Champagne”; only in this case it’s Coffee it can reference the flavour quality of a coffee and an absence of defects.

It also carries implications around specific aspects of the supply chain, process controls and merchandising. The term’s usage as it relates to coffee service in a retail setting did not begin to present itself until the 1990’s, referring to the high quality coffee that was starting to get noticed at the cupping tables at the time. As the coffee industry grew stronger, so did the commonly understood meaning of specialty coffee.  Technically specialty coffee has come to denote a specific grade of coffee that meets certain criteria as outlined in the Specialty Coffee Association (SCA) green coffee standards. In the retail or roasting industry, the term has taken on another meaning, and is open to interpretation and lacking a widely accepted definition making it unclear to consumers and industry professionals.

The widely accepted definition of specialty coffee is coffee scoring 80 points or above on a 100-point scale. Coffee scoring from 90–100 is graded Outstanding, coffee that scores 85–89.99 is graded Excellent, while coffee scoring 80–84.99 is graded Very Good. The Specialty Coffee Association has a series of more detailed specifications (SCA is the union of the Specialty Coffee Association of American (SCAA) and Europe (SCAE). The SCA sets standards for specialty coffee at every stage of the coffee production, including allowable defects in green beans, water standards, and brew strength. The SCA also sets clear standards on the coffee grading process. A minimum requirement for a specialty coffee is the number of defects: to be considered specialty a coffee must have 0 to 5 defects every 350 g (12 ounces) of milled beans. Although there are different definitions of specialty coffee according to different international organisation, there’s a general acceptance of a set of three minimum requirements: coffee should have been handpicked by selective picking of mature beans, scoring 80 or above, maximum 5 defects per 350 g (12 ounces).

Many organisations and activists are working to include strict environmental and social indicators in the definition and grading of specialty coffee. For example biologist Giorgio Piracci, president of the Peruvian NGO Elements Peru and producer of the first specialty coffee produced applying perma culture ethics and principles, argues that “there’s a urgent need to redefine the concept of quality and to embed into it the environmental and socio-economic quality component both at production and distribution level”; according to his vision, “it makes no sense to talk about an “excellent” coffee if this is produced using harmful pesticides, fertilisers or environmentally impacting farming techniques; in the same way, “how can we talk about excellence if a cup of coffee is produced thanks to modern forms of slavery and human exploitation?” 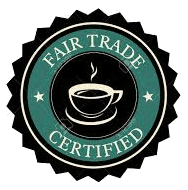 When we mention “Specialty Coffee” we must also mention “Fair Trade” Prior to fair trade, prices were regulated by the International Coffee Organisation according to the regulations set forth by the International Coffee Agreement of 1962. This agreement, which was negotiated at the United Nations by the Coffee Study Group, set limits on the amount of coffee traded between countries so there would be no excess supply and consequent drop in price. The ICA existed for five years and then was renewed in 1968.

The agreement was renegotiated in 1976 due to increasing coffee prices, largely a result of a severe frost in Brazil. The new agreement allowed for the suspension of price quotas if the supply of coffee could not meet the demand, and enabling them if prices dropped too low. In 1984, the agreement was again redrawn, this time creating a database on coffee trade, and implementing stricter import and export regulations.

Fair trade certification was then introduced in 1988 following a coffee crisis in which the supply of coffee was greater than the demand; since no price quotas had been re-implemented by the International Coffee Act, the market was flooded. Launched in the Netherlands, fair trade certification aimed to artificially raise coffee prices in order to ensure growers sufficient wages to turn a profit. The original name of the organization was “Max Havelaar”, after a fictional Dutch character who opposed the exploitation of coffee farmers by Dutch colonialists in the East Indies. The organisation created a label for products that met certain wage standards.

Quotas remained a part of the agreement until 1989, when the organisation was unable to negotiate a new agreement in time for the next year. It was decided that the 1983 agreement would be extended, but without the quotas because they had not yet been determined. A new agreement could not be negotiated until 1992. From 1990 to 1992, without the quotas in place, coffee prices reached an all-time low because coffee price quotas could not be decided.

The agreements of 2001 and 2007 aimed to stabilise the coffee economy by promoting coffee consumption, raising the standard of living of growers by providing economic counselling, expanding research to include niche markets and quality relating to geographic area, and conducting studies of sustainability, principles similar to fair trade.

A lot more goes into making you‘re cup of coffee than you thought, the coffee industry has become stronger and more resilient as a result; next time you enjoy a cup of coffee remember what Karl Marx said.

Kefir Coffee is a speciality coffee in it’s own right.